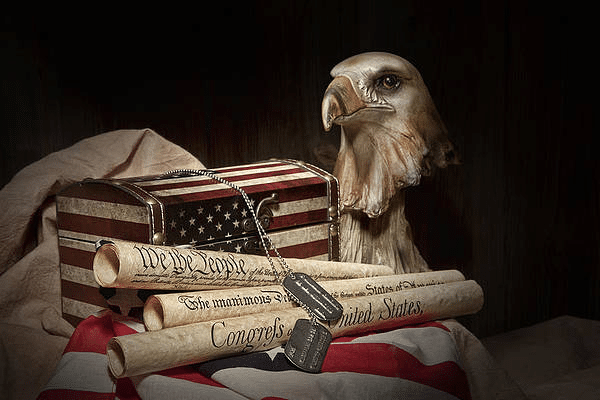 In an argument, you are expected to make a claim or a number of claims and then provide evidence to support your statements. This remains the basis of an argumentative essay where you use evidenced facts to support the claims you make. Your thoughts and opinions, in this case, do not really count. Your mission is to persuade your reader to agree with your thoughts, and the only way to do that is to support them with factual and proven evidence.

Are you a history student? Are you stranded with your essay? You do not know where to begin, right? Why not hire our top researchers and writers to do it for you?

American history is one that is filled with several emotions and moments. Right from its discovery, its revolution, the developments, the leadership, the war, and the general American culture, this nation’s history presents a wide range of topics that you can write about in your argumentative essay.

How to Choose an Argumentative Essay Topic

When writing an argumentative essay, it is always vital to clutch on to the root of it, argument. The moment you lose the argument sense, you lose your track, and you could end up loosing your readers or rather an audience. But to understand this, let us take a look at what an argument is. In philosophical and logical terms, an argument is referred to as a set of statements whose intention is to determine the accuracy of another statement. The initial statement is referred to as a premise, and the latter statement is the conclusion. To begin choosing an argumentative essay topic, therefore, you have to select an existing conclusion to which you have a premise. This premise becomes the basis of your argumentative essay.

As a student, you will always want to submit a convincing argumentative essay, but as sure as the day, the quality of your essay is highly dependent on the topic of the argument you decide to focus on. It is your understanding of your topic that catches the eye of the reader, and for your school purposes, that of the examiner, in turn, earning you a high score. Below  are tips you should always look out for when choosing an argumentative essay topic:

If you decide to argue a topic you have almost no interest in, then you are bound to present a very boring and probably an uninformed argumentative essay. However, it is advisable to avoid writing about issues that are emotionally charged, topics that trigger you on a personal level. This is to help you maintain a clear mind when presenting your argument.

Before you can begin opposing anything, you, first of all, need to understand whatever you are opposing. When writing an argumentative essay, therefore, choose a topic where you got clear perspectives of both sides of the argument. This will help you table your own in a deeper and well-read manner.

The simple fact here is to avoid wide topics- Topics that have a theme so vast that discussing it proves strenuous. When choosing a topic, therefore, go for something specific and debatable.

As stated earlier, an argumentative essay relies on facts and proven evidence to back up claims. For a historical argumentative essay, you are not going to find any data in the field by yourself or through observations, but through reading and analyzing recorded historical data. When choosing your topic, think about your sources and ensure they are all reliable to back most, if not all, of your opinions.

In a historical argumentative essay for school, you will definitely have no one there to provide counter-arguments. There will be no argumentative essay that you will be responding to either. In order to keep the examiner interested, it is important to attempt and understand where his or her opinion would be regarding the topic you choose.

How to Structure a Historical Argumentative Essay

But how do you translate this into a paper? Below we shall look at how you can structure the three distinct sections of your argumentative essay.

In the introduction, you begin by outlining what your argumentative topic is. Then you provide the background knowledge essential to comprehend your opinion. Go ahead and present the evidence you wish to use in your argument and provide a thesis statement.

Your body paragraphs are where you present your facts to support your premise stated in the thesis statement. These could be three or more. In these paragraphs, you give the reader a reason to agree with you. To best present your points, the structure below gives you an outline of how to arrange your points.

As all conclusions should be, a generic conclusion is meant to restate and summarize all your reasons and pieces of evidence. This is where you appeal to your audience through whichever ethical means you can conjure. For instance, personal anecdotes could be dropped in the conclusion outlining how you relate to the topic of argument.

American history is subdivided into subsections that have impacted the nation differently. The building of the United States of America was the work of multiethnic individuals’ ambitions enough to transform the newly discovered continent into an economic mammoth of the modern world. This history can be subdivided into the following sections:

As stated, American history can not be defined by a handful of events, neither can it be defined by the positive and seemingly triumphant events alone. America, like every other successful nation, is a conglomerate of moments both wise, sad, powerful, questionable, and inspiring to the modern world. She stands as a global example of what a dream can achieve. Indeed, American history is, and should be an example to all governments—both by following in its footsteps and avoiding its mistakes.